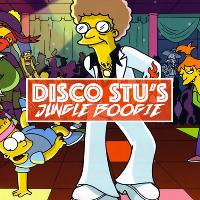 This event has already happened!
This event occurred in November 2019. If you're looking for a upcoming event, try the links below:
View more events.
Tweet

Who's Going to This?

Disco Stu is the king of Disco Music and he's bringing his Jungle Boogie back to The Lanes!

So polish up those rhinestones, change the fish in those platforms and join us for the ultimate Disco Party.

See you on the dance floor!

The event information, content and images shown have been provided by the event promoter. If you wish to report an issue with this event please click here: Report issue with event

Five bowling lanes, karaoke room and pool tables. Brilliant for all types of events and parties